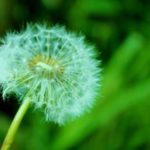 I suppose we all wish for those things, or we wouldn’t be fighting over rights and budgets and health care and meal plans. I suppose we all know the importance of those things or our texts and posts would not burn with passion and fervor and vitriol while we try to find some palatable solution. I suppose we need to find a way to live with ourselves, our choices, and our fervor, and especially, our own agendas and those of both parties of the government attempting to serve us. And I suppose we need to figure out how to live with each other when we fight so hard over all of these important things.

From almost the beginning of time, God commanded His people to show hospitality to the poor, to care for the sick, to heal the hurts and to feed the hungry. God told His people that there would not be any poor among them because they were to use the blessings He gave to each of them to make sure everyone had everything they needed to live. And when the people faltered, and when the people’s greed and the people’s selfishness overtook the call to care, God wouldn’t hear their worship until they had made a course correction. Because God’s plan for the poor is His people. And when Jesus came and walked on this earth He told His people to sell what they had so that they could cover all of these important needs. And Jesus said that when you give to the least of these even a cup of cold water, you are giving it to Him because caring for the least of these is a special kind of worship that is sweet to the ears of God.

You see, Church, God’s plan to care for the poor wasn’t the government institutions, although government institutions and government agencies make a really great plan B. You see church, God’s plan to care for the poor and the hungry and the weak and the cold is His church. It is you and it is me. We are God’s Plan A for all of these because being a Christian nation doesn’t start with a Christian government. It starts with a people willing to step up for the sake of Christ, a people willing to give from their own budgets to pay the medical bills of the sick. A people willing to share the very food on their very own table when someone else is hungry. A people willing to invite the homeless under the shingles of their very own roof, to support the single mom, to make meals and drive them to the sick and the shut-in. If we have been blessed by God. if we have been loved by God. If we have been saved by God then it is our job, dear church to do all of these things. Oh, sure, we can let the government offer programs and give support and that’s ok but that is simply second best whether you are a democrat, a republican, an independent, or none of these. Because we have been given a holy calling to care for the least of these and why on this side of heaven would we want anyone else, even our good but imperfect government, to take that holy calling away from us? Why would we want to give over our freedom when we can give so freely? Why do we expect our government to act as if we are a Christian nation when we do not even act as if we are the Christians we profess to be?

Dear Church, we can wish and we can fight but if we want to worship in a way that is sweet to the ears of Jesus we will feed, and we will shelter, and we will share what we have and we will show love until there are no more thirsty or hungry or sick or poor or homeless or lonely people left for our good but imperfect government to help on our behalf. And then, dear Church, we will truly be a Christian nation whose God is the Lord and whose worship is very, very sweet.