I find it splattered on the knees of little pairs of blue jeans and caked on the bottoms of little shoes, ground into the carpet and scattered across the foyer floor.

It’s not that exciting, really. It’s just dirt, it gets washed out, wiped up, swept away, and scrubbed clean. You might not even notice it, unless you don’t have good dirt. Around, the soil is a hard clay clumpy kind of dirt. The water jsut pools and kinds of runs off; it doesn’t soak in deep until it floods. And in the gardens, we have to fix our dirt. So we pile on the compost and we pile on the manure and we pile on the straw and then we set the chickens loose to dig and dig and turn that clumpy clay dirt into rich, healthy soil. And this doesn’t happen overnight, but it’s a process of years of working that dirt until it becomes a life-giving source of nutrients and moisture. 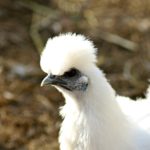 And Jesus said our hearts are just like the dirt when He told His story about the sower planting seeds. The seeds that fell on top of the well-worn path were snatched away by the birds; those seeds never had a chance to grow. And the seeds that fell on the gravel shot up fast, but the lack of roots and the lack of dirt couldn’t sustain the growth. And those tender shoots couldn’t withstand the wind or the storm. And the seeds that fell among the thorny weeds grew up strong but were quickly choked away. But the seeds that were sown into rich, healthy soil grew big and strong and produced much fruit. And if the seeds are like God’s Word, and our hearts are like that dirt, which one are you? Is your seed being stolen away by the distractions of this world or by the devil himself? Is your seed sown into gravel, where you don’t have a strong foundation to withstand the wind and the rain? Or is your seed being choked out by the thorny worries and cares and pleasures of this world?

I hope your seed is sown in good dirt. I hope you’ve worked your soil, and screened out all the rocks, pulled up all the thorny weeds, and fertilized with compost and worm castings and lots of manure. And I hope your seed grows up big and strong and that you can produce fruit, the kind that can only come from being rooted deeply in the Word of God and watered by the love of the Savior. 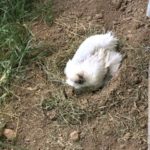 Dirt. It’s just dirt, but it changes everything. I’m going to work on my dirt.