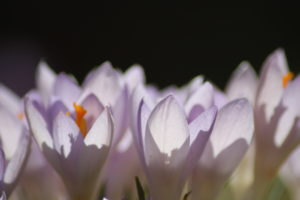 I like to have a plan. And I like it when my plan goes as planned. When everything fits into a neat little box and the day goes just as I wanted it to and I finish everything that I listed on my “To Do” list and no one is late and nothing goes wrong and everything happens just as I thought it would. And I like the next day and the next and the next to go as planned, too, with no bumps in the road and no falling short of the plan and no interruptions or changes or anything other than the plan and the future going just as I planned. I don’t what surprises in my future or bumps in my road or anything that isn’t supposed to be in the plan. Unless it is surprises of chocolate or coffee or flowers or chickens, I just want my future to go forward as planned.

have already passed me by and I haven’t accomplished nearly what I though I would or what I think I should by this many years. And I had plans from the time I was just tiny and small and had most of my days ahead of me and I just thought life would go as planned, and don’t we all think that? That when we are small and life seems so possible and the future so big and so long and so far away so we dive into our plans until one day we realized nothing went as we had planned because the future brought us so many bumps in our roadway and surprises that weren’t really chocolate or coffee but surprises that brought us ups and downs and good and bad and a lot of growth that got in the way of all of our plans.

instead of in front because you learned from all of those surprises that God’s just not done, no matter how many breaths you’ve taken and how many more you have left God hasn’t stopped working and He’s just not done with you yet. And you learn that when surprises come and you have to put a pause on those glorious, hard sought plans that sometimes, new plans, better plans, than you ever thought possible come about. And when you’ve had so many years that have had a bunch of bad days, you see that no matter how bad those days were you kinda made it through somehow, someway, and if you did it before you can do it again. So now you’ve got this big bump in your road and it looks like a mountain and you think it has stopped all of the plans you had dreamed about and lived for and focused on and now you wonder if you will ever be able to make plans again. You can look back on all of those years and all of those breaths and all of those times you thought you wouldn’t get to make a plan or walk that path and you remind yourself that God is just not done and if there are more breaths to take then there are more plans to make. And God will take those broken plans and fashion and form and grow you and suit you to a new and a bigger and a better plan.

And we worry and fret and fear because we can’t see the future on the other side of that bump or that mountain that’s blocking our path but Jesus said don’t fear and Jesus said don’t worry and Jesus said He loves you so take another breath because you’re not running out of them right at this time and if there are more breaths to take there are more plans to make and when the future is uncertain and surprises and bumps come and go remind yourself, from all those years that God’s just not done and the future isn’t gone and you can climb that mountain or scale that cliff or jump that bump.  Hurdle that fear and hurdle that bump and hurdle the idea that you can’t make new plans and take that big breath and take the first step. God knows the future and God knows the plans and God knows the days and the breaths that we have left and when we’re surprised by it all God is not ever surprised or caught off guard.